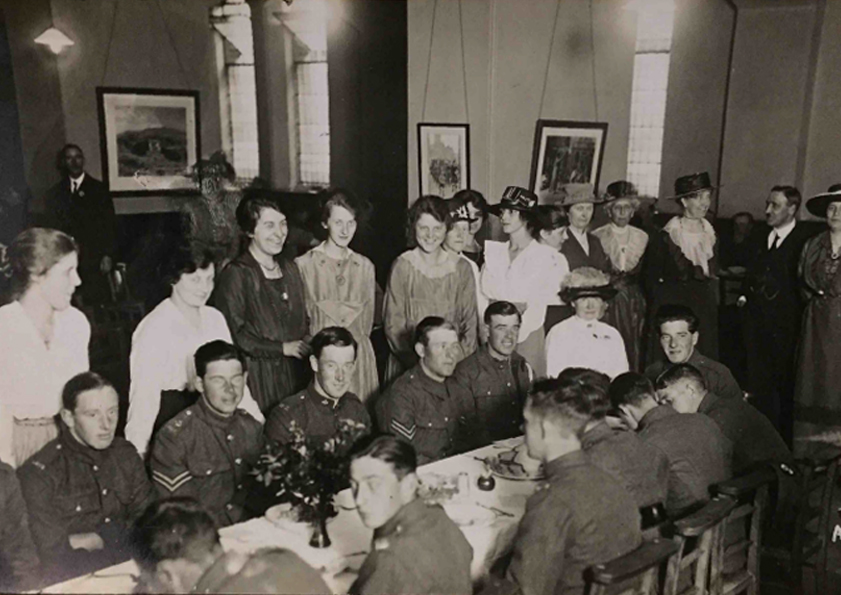 Warning: A non-numeric value encountered in /home/customer/www/scotsingreatwar.london/public_html/wp-content/themes/lambda/inc/options/shortcodes/shortcodes.php on line 289

Feeding the 50,000 – words and music to mark the work of St Columba’s in the First World War. The story of the church’s extraordinary efforts to look after Scottish troops was featured in readings and traditional Scottish songs in two performances on October 20th. Read about the production here http://thenational.scot/news/16908818.st-columbas-church-the-congregation-that-helped-feed-50000-first-world-war-troops/